The moon was rising in the east as I parked my car on the side of the road in one of the remaining rural neighborhoods that pocket the Town of Gilbert, Arizona. The pastures, horse properties, and acre homesteads showcase old money and legacy Mormon families. This island is the seedbed of all four of my stake presidents since my move to Arizona in 1998, who from this seat presided over the new growth suburbs that surrounded them. For twenty-two years, I was a witness to the administration of Church government from this ultra-conservative pocket in the suburbs, where the echoes of the 1850s Mormon Reformation and the Ezra Taft Benson era still inform power today.

I stepped out of my vehicle and noted my direction. With no streetlights, the moonlight guided me as I made my way along the dusty shoulders of the road towards the home of my stake president. Before he moved here, he was my neighbor in the outlying suburbs of the masses. Ten years ago, I met with him in his home and spent a Sunday afternoon training him in his duties as a newly called second counselor in the bishopric in our ward. But tonight I was called to his new home here for another reason.

Large old growth trees surround his property. It is a walled fortress, with a keypad for entry through the iron gate. As I stood under a tree there on the side of the road I squarely faced his house and reflected on all the events that brought me to that moment in time.

I felt the Spirit wash over me telling me it was time.

I bent down and cast off the dust from my feet, brushing my shoes with my hands and wiping the soles of my feet as I spoke the words of an ancient Mormon rite, almost as old as the restoration itself, passed down to me while a missionary in Alabama.

But I was not finished, I still had one more place to go.

END_OF_DOCUMENT_TOKEN_TO_BE_REPLACED

Elder Holland explained that the Church does not make judgment about feelings or attraction but rather on behavior and what one actually does. “We don’t make an ecclesiastical judgment or a disciplinary decision on the basis of what someone feels or attractions that they have. What we ask is, please do not act contrary to the commandments or contrary to covenants or contrary to the teachings of the Lord and the prophets. Please don’t act on attractions that would alienate you from the Spirit and from the body of the Church.”

Those who are willing to behave consistent with the commandments of the Lord will be able to hold a temple recommend, receive temple covenants, hold a calling and enjoy all the blessings of the gospel. “But it does take effort on the behavior side,” Elder Holland said. “Through that effort we will wait with you, cry with you and be patient together as we bless each other with true brotherhood and sisterhood.”

“The GA’s claim ‘commandments’, but have yet to cite to any correctly translated chapter and verse of scripture, particularly directly from God’s mouth, that prohibits gay marriage. They can’t, because it doesn’t exist. It’s not ‘commandments’, it’s ‘philosophies of men mingled with scripture.'”

The apostles don’t back up their commandments with scripture, unless they want to. They don’t see it as necessary, because, well, they’re apostles, and see themselves superior to Jesus and all of God’s previous teachings.

END_OF_DOCUMENT_TOKEN_TO_BE_REPLACED

The church of Jesus Christ of Latter Day Saints recently published an article entitled, My Experience Living the Law of Chastity with Same-Sex Attraction.

This Ensign article doesn’t come without an amount of controversy. Many in my gay Mormon community feel this article does not fully represent the gay Mormon experience, does not acknowledge the human impact of celibacy, and will be weaponized, as other stories have been, to create only one narrative for how a gay person can legitimately live. END_OF_DOCUMENT_TOKEN_TO_BE_REPLACED

This article isn’t for everyone. If you’re white, and you’re questioning racism, keep reading. This is for you. If you’re white and you’ve said you’re not racist, keep reading. This is for you too. If you feel the internal tension between your sense of compassion and equity, and opposition to the current conversation on race, continue on. END_OF_DOCUMENT_TOKEN_TO_BE_REPLACED 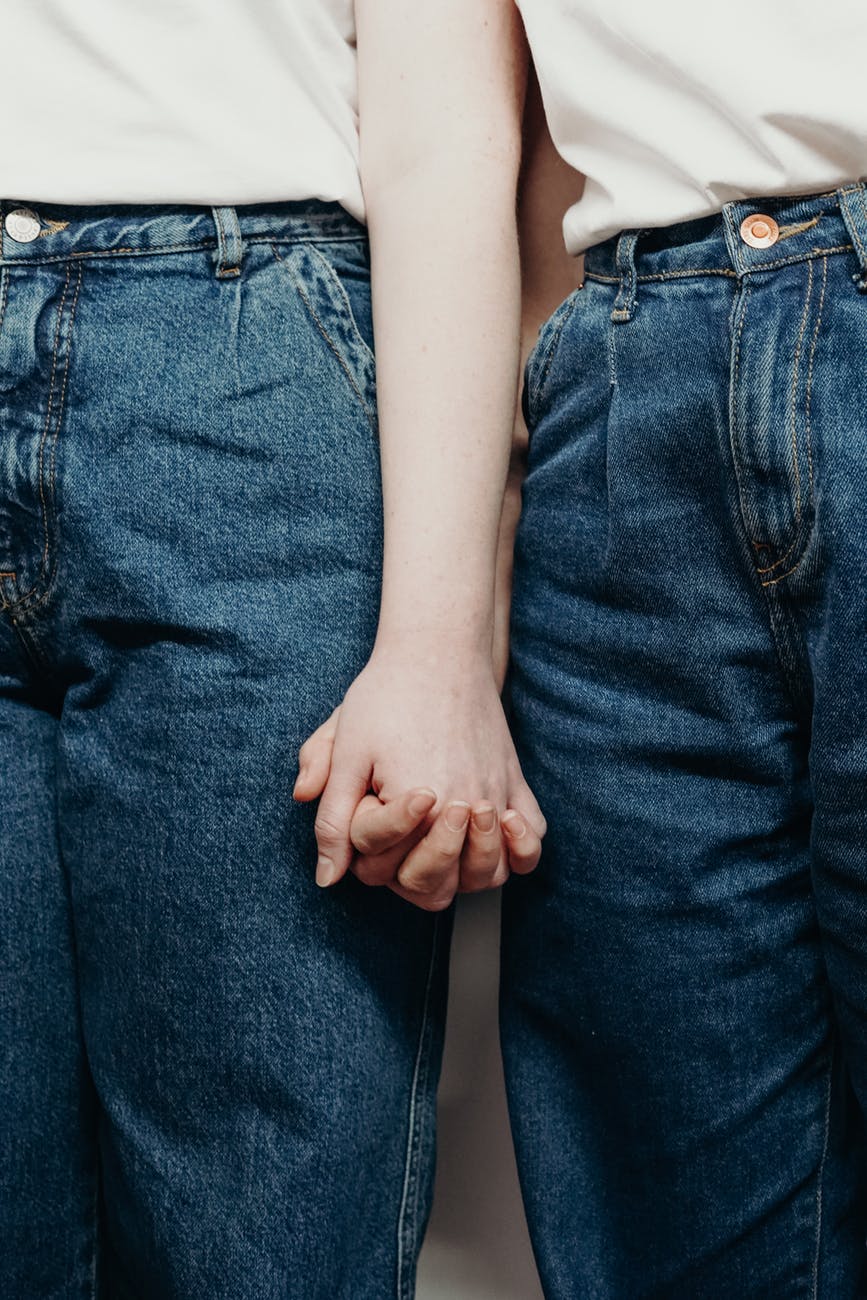 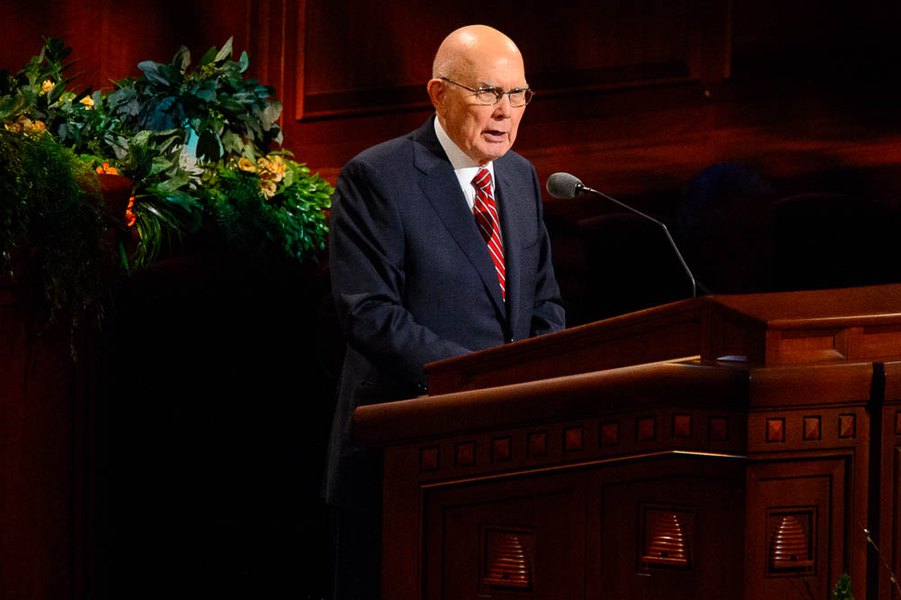 At the Women’s Conference session on October 6, 2019, President Oaks gave a talk that gives an unusual and chilling interpretation of Jesus’s teachings. Referring to Jesus’s discourse that the first and greatest commandment is to love God, and the second is to love your neighbor, Oaks equates loving God with obedience to God’s laws. He also states that the second commandment to love one another does not supercede the first commandment to love God, which Oaks presumably uses to justify judging, condemning, and hating others who he thinks are not obeying God’s law. This is his argument for justifying bigotry which is based in hating others and not loving your neighbor.
END_OF_DOCUMENT_TOKEN_TO_BE_REPLACED

As an active member of the Church, I believe in personal revelation and depend on it in my life. It was personal revelation, received while in the temple, that led me to the decision to marry my now husband. I also understand that when the Brethren teach the principle of personal revelation (as President Nelson did in his “Five Truths” speech at BYU on September 24, 2019, see Truth #5), they have a different context than which we might all be thinking.

When pertaining to LGBT members seeking to know whether they should date and find love compatible with how God made them, personal revelation becomes very problematic for the Brethren. In response to President Nelson’s Five Truths, below are Five Rules that I think are implicit in all of the Brethren’s teachings on personal revelation. In effect, what they are saying is:

Rule #1: We are prophets and apostles. We are better than you, and we are more spiritual than you. We know what is best for you, better than you do. END_OF_DOCUMENT_TOKEN_TO_BE_REPLACED

It is interesting how everyone seems to refer to the Exclusion Policy in the past tense. Media headlines have proclaimed the “reversal” of the policy, or report that the policy was “rescinded”. The truth is, the Exclusion Policy is neither reversed or rescinded. The wording of the policy in the Handbook has been slightly modified, but the hateful, bigoted policy is still there.  END_OF_DOCUMENT_TOKEN_TO_BE_REPLACED

At Ward Conference, bishop gave a speech about the ‘many paths to Mt. Fuji’ where he asked us to be respectful to those on ‘unorthodox paths’ in the Church and the Gospel. Today, I want to expand that idea with my thoughts on what that looks like on the ground and reveal ways in which we may unintentionally be pushing people away. END_OF_DOCUMENT_TOKEN_TO_BE_REPLACED