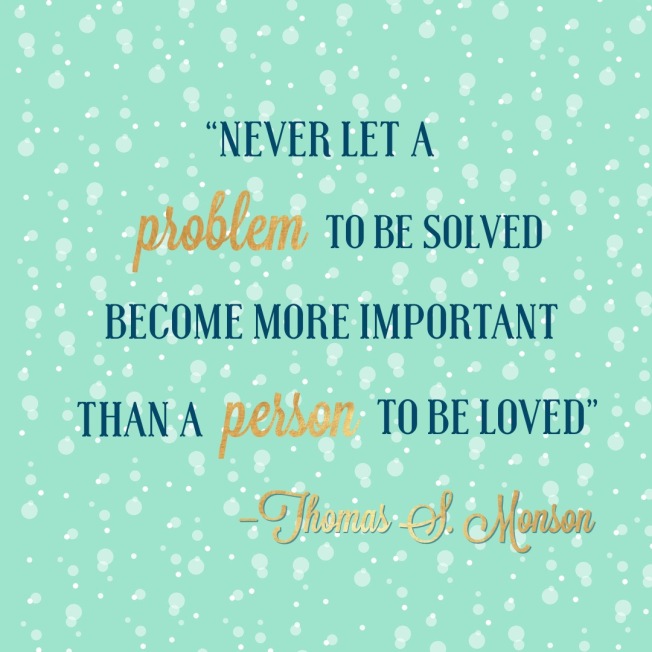 For many LGBT Mormons, the passing of LDS Church President Thomas S. Monson has been a bittersweet moment. As many have noted, he steered the Church during some of the most painful moments for our community during his 54 year career in the Quorum of the Twelve Apostles and First Presidency. He was also a famously kind, charitable, humble, and hardworking man. Balancing these realities has put a strain on many LGBT Mormons- active, doubting, progressive, post, and every philosophical shade in between.

After finding out the news this morning I sat in my cold car, eyes screwed shut, and thanked Heavenly Father for allowing him to live a rich life that blessed so many. As I drove across the frozen prairie, I sang along to an old BYU-Idaho choir recording of “We Thank Thee O God For a Prophet” and thought about the ways in which President Monson’s legacy will outlive the 90 short years he spent in his second estate.

Until 2009, the Church of Jesus Christ of Latter-day Saints had a three-fold mission: perfect the saints, proclaim the gospel, and redeem the dead1. Under President Monson’s leadership a fourth aspect was added: caring for the poor and needy2. A large part of his legacy, from his years as a young bishop in Salt Lake City to the his role as the head of an international, 21st Century church, revolves around his deep commitment to charity. He famously went above and beyond to care for the widows in his ward, and exhorted Latter-day saints to go out and tend to the those in need during his General Conference talks. When many Saints think of President Monson, his lifetime of quiet, steady charity is the first thing that comes to mind.

On his 81st birthday, Monson was asked what would be an ideal gift from Church members. He replied: “Do something for someone else on that day to make his or her life better. Find someone who is having a hard time, or is ill, or lonely, and do something for them. That’s all I would ask.”

President Monson dedicated nearly 20 years of work to bringing a temple to what was then East Germany, beyond the Iron Curtain. Touched by the lives of the Saints he met there in 1968, he used his spiritual strength and diplomatic skills to work with Church leaders and East German government officials. By 1983 the East German Saints broke ground on the Freiberg temple. After further work with the East German government, President Monson arranged for worthy members to receive the blessings of the temple in nearby Switzerland. In 1985, 18 years after he promised Church members in East Germany that they could have a temple of their own, the prayers of the Saints of Freiberg were answered when they dedicated their temple4.

One of the most recent, and in my opinion influential, aspects of President Monson’s legacy is the culture of openness he has cultivated through his tenure as Prophet. In particular, the last 5 years of his leadership saw the nationwide promotion of the Joseph Smith Papers Project, the release of the Gospel Topics Essays, and a renewed transparency in teaching Church history to Seminary students.

Whatever your personal feelings on President Monson are, his 50+ years of Church service have touched every Mormon alive today in some way. Some parts of his legacy are painful for LGBT Mormons to face, and some parts of it are well loved. No man, even a prophet of God, is perfect- but we can choose to carry on the best parts of him now that he’s gone.