Yes, I stole an Adele line to grab your attention. But, I do think it’s time we 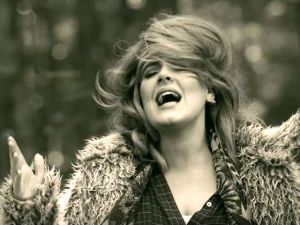 answer the call from that person “on the other side”. Now, what I’m about to write is hardly innovative. I might as well just tell you to be a well-rounded individual and let your life move on. However, in listening to the story of many, many LGBQ Mormons, this was a constant theme of either heartache and struggle or balance and peace. Don’t wait until Adele has to come calling after 20 years for you to finally listen. Perhaps it is best if you answered now.

When I “came out”, most of the people in my life were die-hard Mormons. Sure, they might have sworn once or twice or watched that R-rated movie once, but it rarely seemed that they questioned the Church. Most of our conversations about religion were your typical conversations of young adults at BYU: why did Bishop allow him to be EQP? What does faith really mean for Alma? And can we please make the closing prayer last only a minute? One of the apostles said so.

It’s hardly a surprise, then, that after talking to a number of my friends about my sexuality that the reaction was generally the same: “That must be really hard, but I know the Church is true and we can make this work.” I had little reason to doubt that statement, up to that point, and I went about life in general. However, it did not take long until the cliche stay-in-the-church pleas started to frustrate me. I would sigh and respond with extreme exasperation, “I know the Church is true. I know the law of chastity. But can we at least acknowledge some of the weird things about the Church?” I grew annoyed when it seemed no one would listen to my problems with the Church’s stance on sexuality and other topics and I began to either distance myself from the traditional Mormon believers, or at least avoid sensitive topics with them.

Fast forward to today where I’m at a very liberal school and most of my friends here are die-hard “be true to yourself” advocates. I’m no longer admired for being so strong by staying in the Church, I’m questioned on why anyone would stay. People have inquired on Church policy constantly and ask why I still believe and attend church even while I have to make concessions on doctrine or policies that do not sit well with me. They push me to date men, find a relationship, and applaud any distancing I make from the church. One of my professors even said that he rejoiced in hearing that so many members left the Church after the recent policy announcement labelling those in same-sex marriages as apostates. Yet again, I’ve become frustrated with the one-sided advice and perspective and I have begun to stop engaging in thoughtful conversations about sexuality with my peers because it always ends the same.

In reflecting upon my experiences at BYU and at grad school, I’ve realized how damaging only having one perspective on a situation can be. When I was at BYU, the constant barrage of “stay true to the Gospel” pushed me to distance myself further than I had ever been from the Church. Here at grad school, the endless cries to “be myself” have left me frustrated with my sexuality 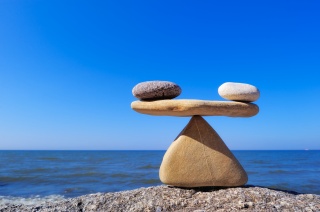 and trying to ignore it as if I was in my pre-coming out stage.  Being the “rebellious” type (or you could say that I’ve taken on an eternal “devil’s advocate” thought system), I resist the dominant advice that surrounds me at any time. As my social sphere has gone back and forth from fairly liberal to fairly conservative, this causes a lot of grief and indecision about my future and choices.

I’ve learned that I always need to listen to those “from the other side”. It’s common to surround ourselves with who and what we want to hear. I know many people who have committed to finding a same-sex partner who get aggravated every time they hear that “wickedness never was happiness”. Others cannot handle being told the for the hundredth time that they will never be satisfied physically or emotionally if they do not pursue a same-sex marriage. Individuals in both groups have restructured their entire lives and have left behind all their friends and family that disagree with their choices. Now, while I agree that if people are going to be spiteful and dangerous in word or deed, feel free to cut them loose, I do think that a haphazard dumping of opposing perspectives can blind ourselves to a very narrow worldview, complete with skewed conceptions of reality and consequences for our actions. Just as you can’t fully appreciate a sculpture with a 2-D picture, we cannot fully comprehend life when we only listen to one perspective. For the philosophical readers, both Plato’s allegory of the cave and the analogy three blind women (or other gendered/non-gendered category) touching different parts of the elephant would be relevant here.

(I would just like to quickly note that this includes our relationship with prayer. I’ve started praying with the expectation that God is going to tell me to do the opposite of what I would want in life. I prepare myself to accept that direction, plan 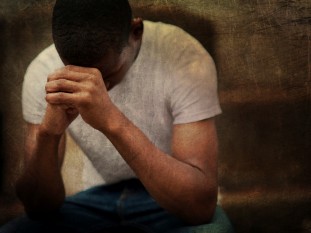 my next steps if He does say so, and then go to prayer. I find that this has helped me really be ready and able to go in prayer with “true intent”. I feel less guilty about simply asking for help as I am more prepared to do whatever I’m prompted to do. Too often we think that the opposite of what we want is so horrid we avoid it. I’ve found that when God gives me direction against my own wishes, things usually do turn up better-despite how trite that sounds.)

This past year I’ve made a conscious effort to bring up the topic of my sexuality with those that disagree with me with the intention, not of persuading them to accept my life and choices and worldview, but to really understand theirs. In reaching out to people who encourage celibacy, mixed-orientation marriage, same-sex relationships within the Church, or leaving the Church I feel like I have grounded myself more than in my past. Even though it can be uncomfortable to listen to a friend tell me that I’m not going to happy in a same-sex relationship or that I’m never going to be fulfilled if I’m not in a same-sex relationship, at least I have a better handle on what is at risk with my life and the possible challenges and joys on every side.

So, if I were to give advice to another non-heterosexual Mormon coming into 2016, I’d ask them to listen to “the other side”. They are probably sorry for the things that they’ve done in pushing you away, but more importantly, you’ll need them to help ground you so that you can make more informed and stable decisions. Don’t be buffeted about like I was the last 4-5 years. Take your time and really establish your roots.

3 thoughts on “Hello from the Other Side…”