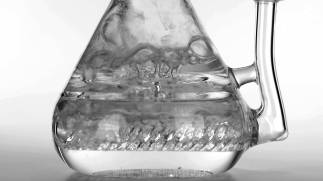 Mormonism is an experiment. It was founded by Joseph Smith, a big thinker who was unafraid of innovating beliefs, transforming social structures, and implementing half-baked plans. Because he was what we might call risk-loving, many of his plans failed, and even some of his successes look messy in hindsight. But if we know anything about Joseph, it is that he was always ready to try something new and unfamiliar. And in some ways it paid off. When he declared universal human salvation, he was breaking rank.

Experimentation is built into the holy book of Mormonism. The Book of Mormon presents a model of belief formation that requires testing and observing. Beliefs must be planted and nourished in our hearts, and if they are good they will grow into convictions. Participating in such an experiment demands significant vulnerability. It is only worth doing if the outcome is uncertain beforehand and one is willing to accept the results.

Somewhere along the line, Mormonism gave up much of its adventurous spirit in the name of security. This is particularly obvious in the case of marriage. The fact that polygamy, problematic as it was, was ever attempted is a case in point. It didn’t matter what social structures were in place at the time–when it was time for something new, there was no time for balking.

The current administrative structure of the church is well-suited for preservation but not for experimentation. It is extremely sticky. This is fortunate because it outlasts cultural fads, but it is also unfortunate because it resists social progress. The fact that it took so many grueling years to end clearly racist policies in church administration is (in my opinion) not a sign of systemic depravity but of stickiness.

Meanwhile, individual Mormons are still invited to perform their own personal faith experiments, and increasing numbers of sincere seekers are getting results that point in the direction of change. I believe this is good. At the same time, it is unsurprising to me that the church structure is not moving in the same direction and that it insists it never will. While that continues to be the case, each of us will need to decide individually how to deal with the dissonance.

I still see Mormonism as a grand experiment. Admittedly, I’m not a huge fan of the current phase. But I see much more in the faith tradition than the current penchant for heterosexuality worship. Unfortunately, I consistently come up short when I try to express what it is I see. Still, when my friends distance themselves from the church, as many have, I get it. We’re all doing our own experiments and getting our own results. NBD. After all that we’ve been through, I know we’re cool.