I recently fell in love with the musical Waitress (having already been in love with Sara Bareilles for years). For me, music is like scripture, in that a song can mean something different to me every time I hear it. I was driving to work early one morning listening to the Waitress soundtrack on repeat–it’s what I do–and I reached the song “Everything Changes.” It comes near the end of the show and helps wrap up what is a surprisingly chaotic storyline. END_OF_DOCUMENT_TOKEN_TO_BE_REPLACED

As long as I can remember, I’ve lived in tension between wanting to be part of something bigger–a cause, even–and wanting to curl up in bed and read a book. I’ve read some great books recently. END_OF_DOCUMENT_TOKEN_TO_BE_REPLACED

I’ve been contemplating recently what it means to be a hero. As usual I’m trying to figure out what to make of myself, but in particular I’ve just finished reading The Denial of Death by Ernest Becker. In his book, Becker argues that the overriding fear of every person is death, and that we try to fight off that fear by being heroic. Religions, he says, are hero-systems. They teach us how to matter. END_OF_DOCUMENT_TOKEN_TO_BE_REPLACED

I know many people who are both faithful believers and empathetic friends to gay Mormons. They see the complexity of the decisions their friends face and wish it were easier. Many of them even understand their gay friends’ lives could be happier, more stable, and even more fulfilling if they were permitted to seek same-sex relationships with the blessing of the Church. But their faith, founded upon real spiritual experiences, leads them to support the Church in its current policies and teachings.

I’m thinking of each of you. END_OF_DOCUMENT_TOKEN_TO_BE_REPLACED

By now it seems virtually certain to me that the Mormon Church will eventually bless same-sex romantic relationships. Not everyone agrees, and that’s ok, but for me the “if” question has passed. The “when” and the “how” questions still loom large, but the “what then” question is the one currently poking at me. END_OF_DOCUMENT_TOKEN_TO_BE_REPLACED

Someone somewhere decided spirit could be trusted but body could not. I don’t know who decided it. I suspect it had to do with St. Augustine and something about the Greeks (that is to say I’ve heard things but not remembered them).

For me, body is surely at least as divine as spirit. Neither is perfect, but in Mormon thought they will both eventually be. If God can speak to my spirit, God can also speak to my body. I was built to resonate with good things, in body and in spirit. I trust them both. When I cry and when I laugh it is a meeting of both in celebration or mourning. END_OF_DOCUMENT_TOKEN_TO_BE_REPLACED

When news broke in January that Daniel Ruettiger, the Notre Dame footballer who inspired the movie Rudy, had joined the Mormon Church, few could have predicted it would start a fad. Some religious scholars are beginning to believe that might be the case. Since “Rudy’s” baptism, in the first quarter of 2017, at least 56 nationally recognized athletes, actors, and other performers have taken the Mormon baptismal plunge, reports Dr. Mitch Edmonds of the Organization for Religious Statistics. According to Edmonds, that represents a 341% increase over the previous peak in 1912, when the entire cast and crew of the film Tell Me, Truly joined the Church during its promotional tour.

Among the A-listers joining Mormonism already in 2017 are Oprah Winfrey, talk show host, actor, producer, and CEO of her namesake network, OWN, and Ellen DeGeneres, actor, talk show host, and voice actor who provided the voice for Dory in Disney’s animated films Finding Nemo and Finding Dory. END_OF_DOCUMENT_TOKEN_TO_BE_REPLACED

Sometimes in the LGBT Mormon sphere there is silence and then there is noise. The last few days have been noisy. A video about the Xian, Becky, and Scott Mackintosh family was added to LDS Church website(s) in multiple places including mormonandgay.org and the lds.org homepage. Bryce Cook of ALL Arizona posted an extensive overview of the gay Mormon conundrum. Apparently, a soon-to-be-released Ensign article suggests same-sex marriage is a counterfeit of opposite-sex marriage. I viewed the Mackintosh video and read Bryce’s paper, but I have not read the Ensign article and do not plan to. END_OF_DOCUMENT_TOKEN_TO_BE_REPLACED

I don’t have a problem believing a prophet received revelation when he decided men of all races should have access to priesthood. In fact I’m quite convinced he did. I’m not convinced however that God created the revelation that same day, at least not for the first time. If, in fact, revelations are individually packaged things I’d be surprised to find out God hadn’t sent that same revelation many times to many people. END_OF_DOCUMENT_TOKEN_TO_BE_REPLACED 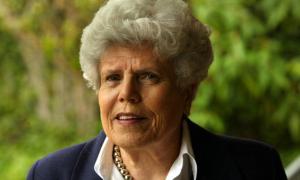 I recently finished reading Emma Lou Thayne’s spiritual autobiography, “The Place of Knowing.” Emma Lou was a deeply spiritual person with roots in Mormonism and a fondness for other forms of spirituality including meditation, card readings, and above all poetry. END_OF_DOCUMENT_TOKEN_TO_BE_REPLACED