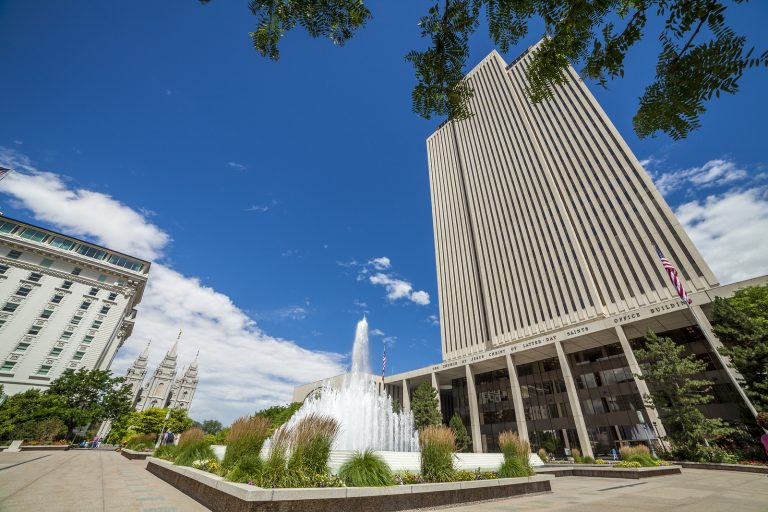 What I think people really mean when they say the Church is true is that the Restored Gospel of Jesus Christ is true, and that the doctrines and rituals set up by Joseph Smith and his successors are what they claim to be and are inspired of God. The Church of Jesus Christ of Latter-Day Saints is only an organization operated by fallible mortals that has been set up to be a steward of and to implement the Restored Gospel — to institutionalize its teachings, regulate the practice of its doctrines, authorize the performance of its ordinances, and to proselytize.

In that sense, I do believe the Restored Gospel is true, but I do not believe the Church is either true or untrue. I do believe that Joseph Smith, with all his flaws and mistakes, was a good man who was inspired by God to do what he did. I believe the Book of Mormon was translated by the gift and power of God. I believe the temple ordinances are good and uplifting rituals that can help us make promises to God and receive blessings from God.

That said, I do not believe that having the Restored Gospel makes us superior to others who don’t believe like we do. I value the religious yearnings and devotion of all people, whatever their religion or creed, as long as it is civil and respects human dignity. I condemn any religious organization that promotes incivility, disrepects others, or promotes bigotry. Therefore, while I am a True Believing Mormon (TBM) — I believe in the veracity of the Restored Gospel of Jesus Christ — I do not excuse the men who lead the Church from fostering bigotry.

I believe that the most important revelations in Church history are the Official Declarations 1 and 2, and that both were attempts of the Church to evolve away from beliefs and practices that are uncivil and that promote bigotry. Ending polygamy with OD1 was the 19th century Church’s way of trying to end bigotry in the form of misogyny. OD2 was the modern Church’s way of trying to end racial bigotry in the Church. There is still much to be done in the Church in both of those areas, and the work only began with the issuance of those Official Declarations — it didn’t conclude with them.

What we need now is for the Church to make a real effort to end bigotry toward members who are same-sex oriented or who experience gender dysphoria. This needs to be in the form of the removal of the November 2015 policy from the Handbook of Instructions, and any other policy that targets discipline specifically for same-sex oriented members or trans members. The Church can do that without compromising its defense of chastity. Chastity is the abstinence of sexual behavior outside of marriage, and the practice of fidelity within, and it should apply equally to all members and not be different depending on the person’s sexual orientation. There is only one Law of Chastity. Not one law for straight members and a different one for gay members. This is essentially what Church leaders are currently trying to implement and enforce with disciplinary measures.

Ultimately, to end bigotry in the Church, there will need to be a major statement of revelation — possibly Official Declaration 3 — that will accept same-sex marriage in the Church and offer the full blessings of the Gospel to LGBT+ members. Only then will the organization of the Church be able to fulfill its divine responsibility as steward of the Restored Gospel of Jesus Christ. Just as with OD1 and OD2, the release of OD3 will mark the beginning — not the end — of the effort to eliminate incivility and bigotry in the Church, which is essential for progress toward a Zion society.

One thought on “Is the Church “True” for LGBTQ+ Mormons?”